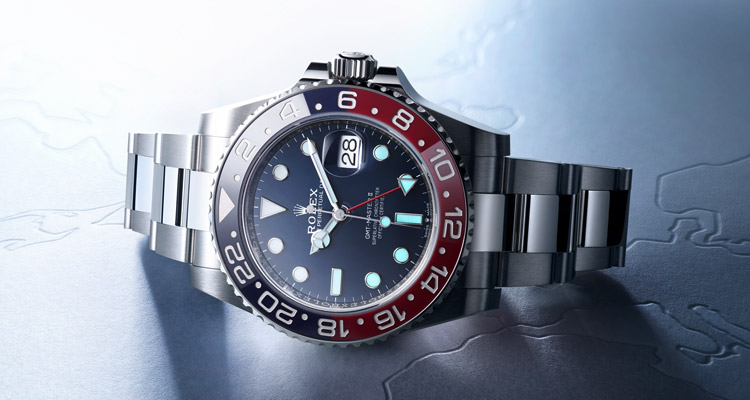 The Oyster Perpetual GMT-Master II is designed to display the time in two different time zones simultaneously. Robust and functional, it is the ideal watch for criss-crossing the globe. 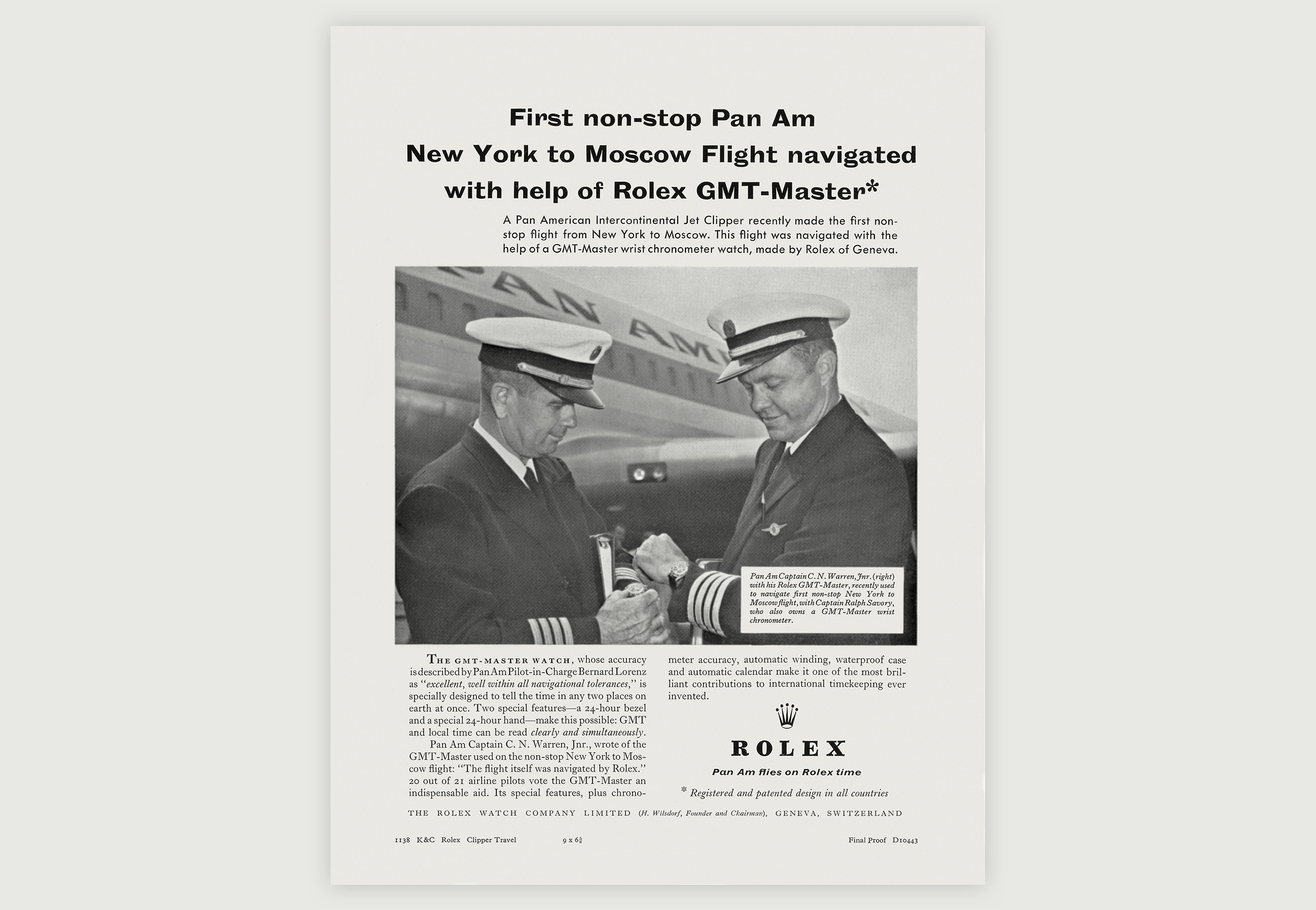 Launched in 1955, the GMT-Master witnessed the rapid expansion of intercontinental travel in the latter half of the 20th century. It even became the official watch of Pan American World Airways, the most prominent American international airline at the time. The GMT-Master, a true “tool watch”, evolved continually, to offer increasing technical performance. In 1982, Rolex introduced a new movement that allowed the hour hand to be set independently of the other hands. To clearly mark this evolution, the model fitted with the optimized movement was named the GMT-Master II. 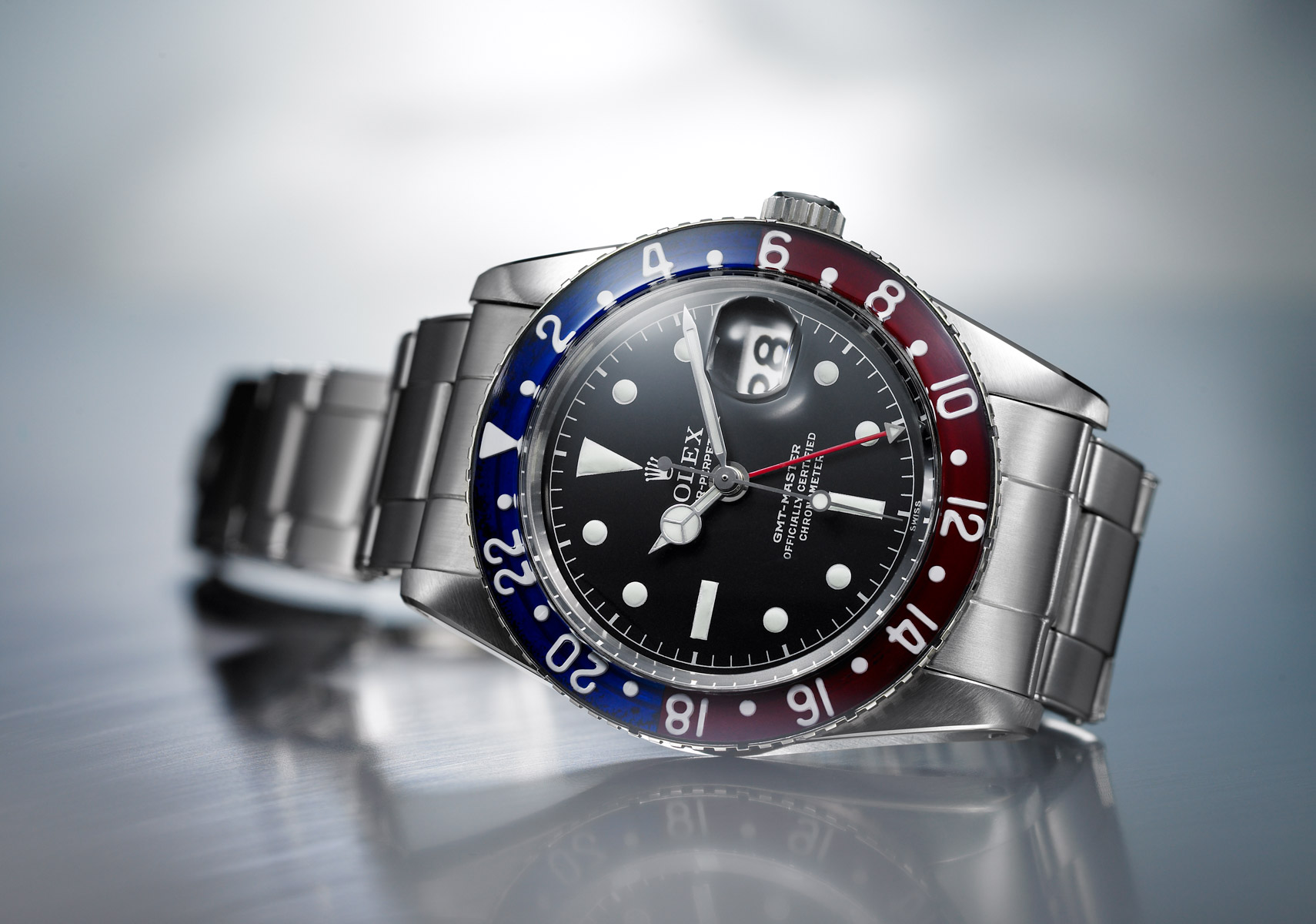 The GMT-Master II has an instantly recognizable design with a graduated bezel insert, which is available in various dual-colour combinations – the lower half symbolizing daytime and the upper signalling night-time. 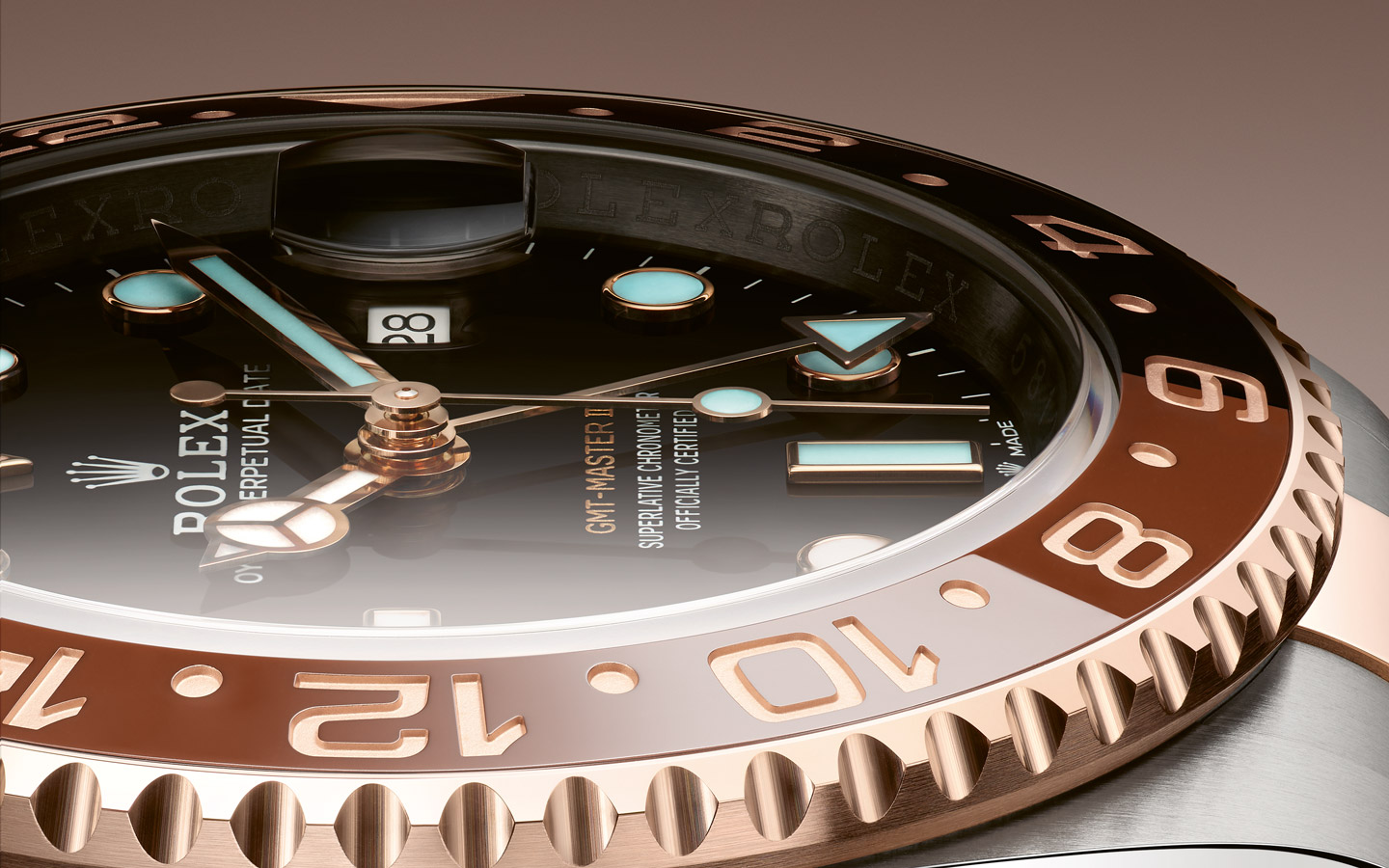 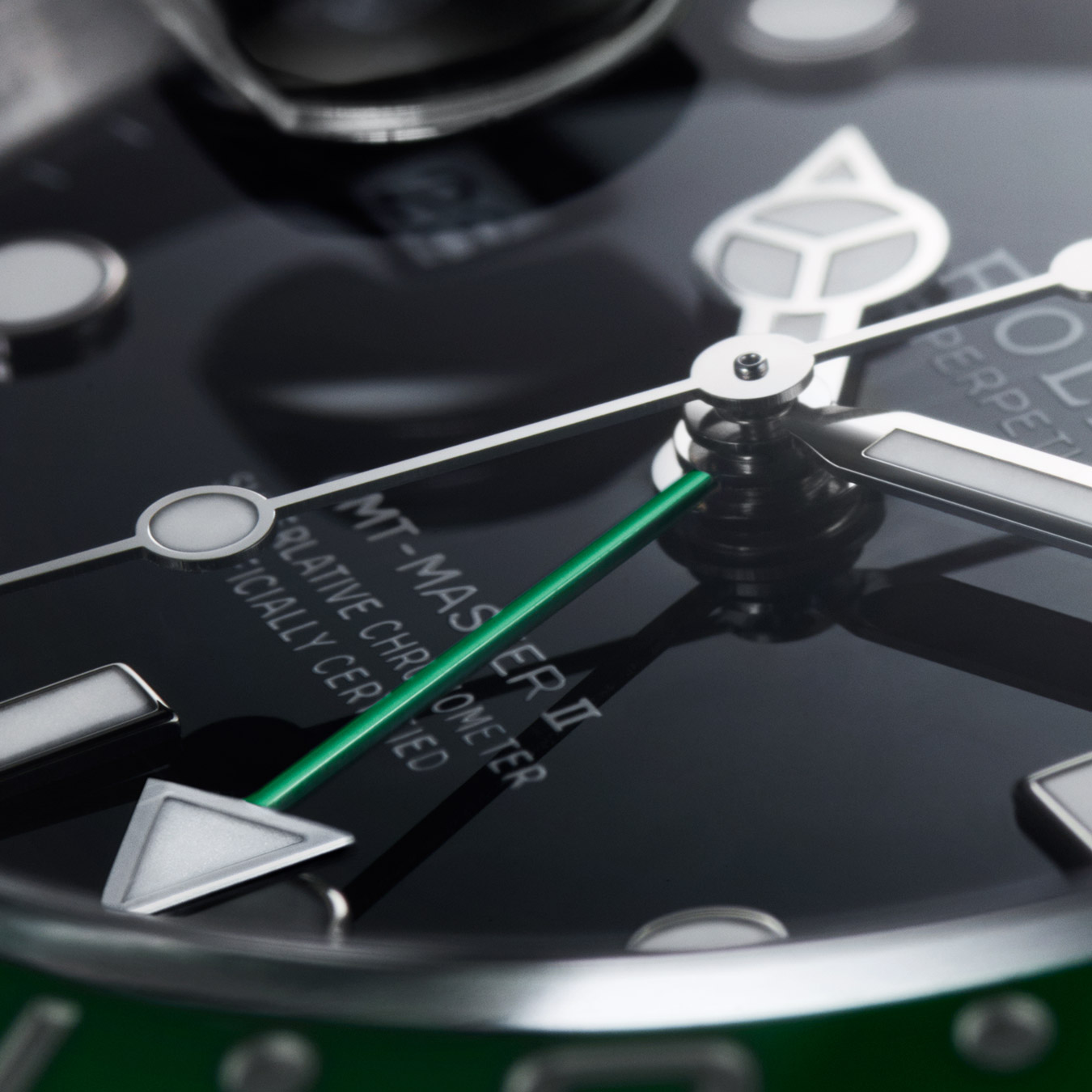 With traditional hour, minute and seconds hands, its triangle-tipped 24-hour hand and bidirectional rotatable bezel with a 24-hour graduated Cerachrom insert, the GMT-Master II can display the time in two time zones simultaneously: either the local time and the reference time, or the local time and that of an alternative time zone.

The latest GMT-Master II is equipped with calibre 3285, a self-winding mechanical movement entirely developed and manufactured by Rolex. A consummate demonstration of technology, it offers outstanding performance in terms of precision, power reserve, resistance to shocks, convenience and reliability. It is fitted with the exclusive blue Parachrom hairspring and also incorporates the patented Chronergy escapement. The movement’s power reserve extends to approximately 70 hours. 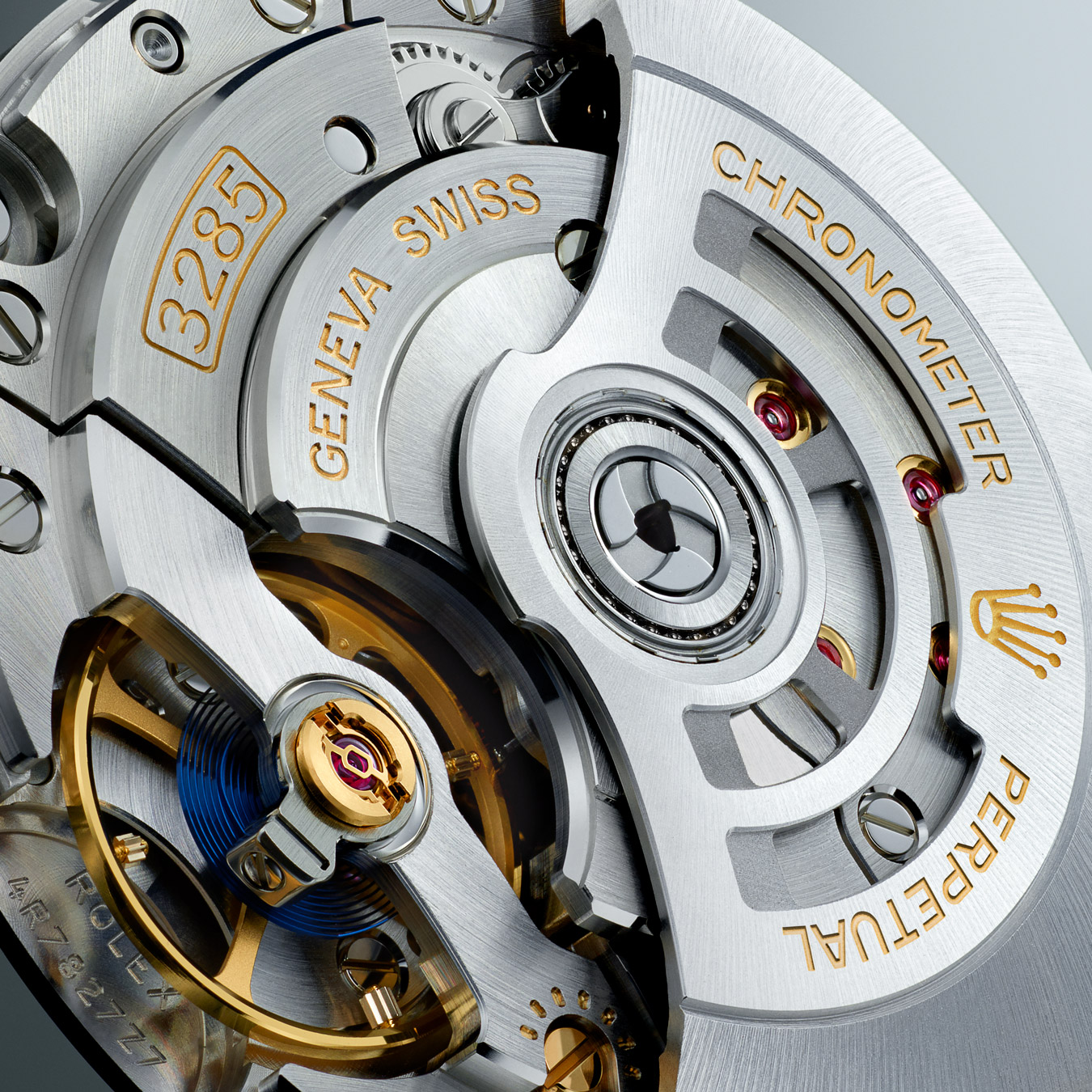 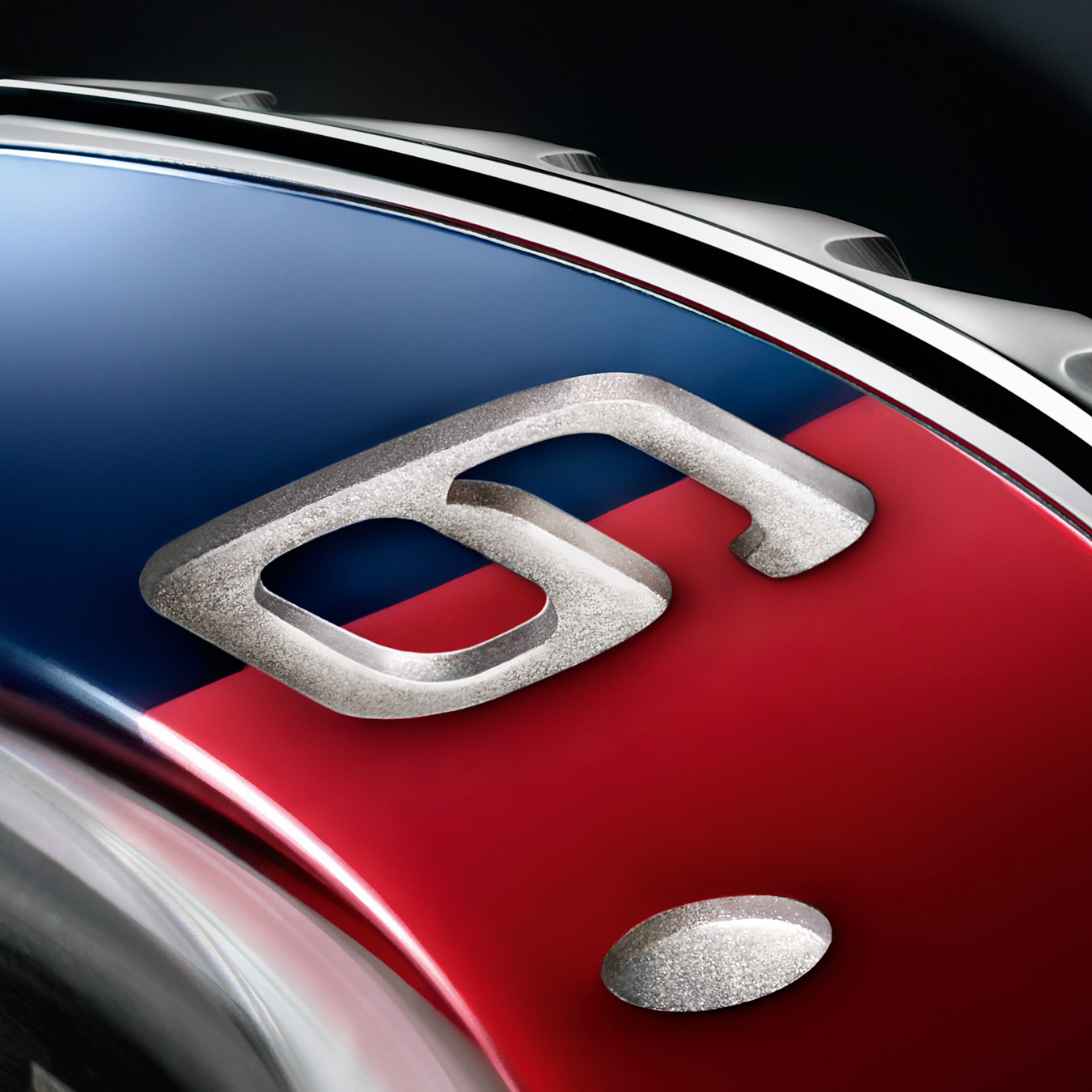 The Cerachrom bezel insert is manufactured in a single piece by Rolex from extremely hard ceramic. This high-tech material is virtually scratchproof and keeps its vibrant colours over time.

Rolex broke new ground in 2013 when it introduced its first two-colour, single-piece ceramic bezel insert – blue on one half and black on the other. One year later, the brand released the two-colour Cerachrom insert in red and blue – the GMT-Master’s original colours. It carried out pioneering research to develop a red ceramic corresponding to its aesthetic and quality criteria. 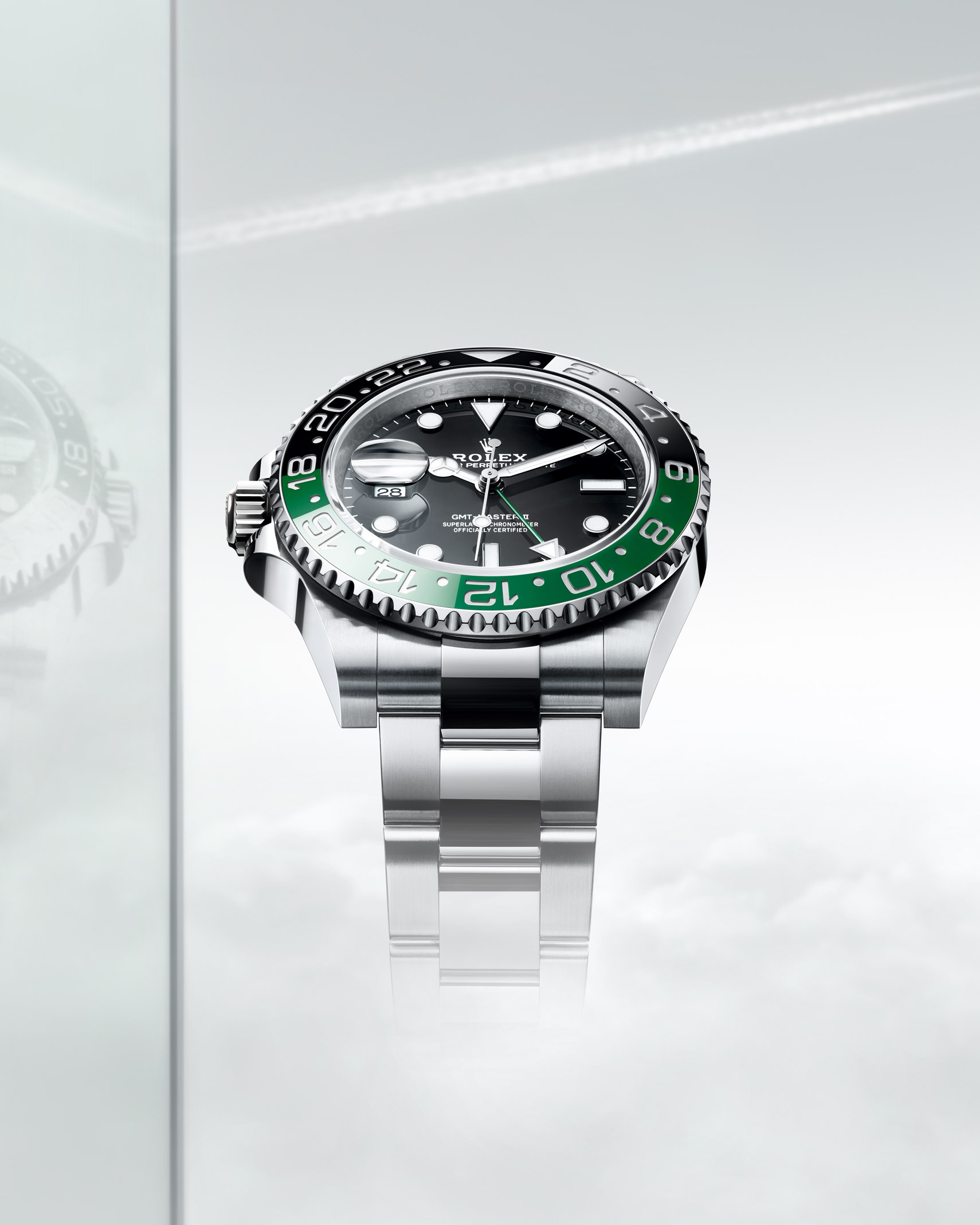 In 2022, Rolex unveiled a novel version of the GMT-Master II. On this watch, the crown and crown guard are on the left side of the case. The date aperture and the Cyclops lens have also moved and appear at 9 o’clock. Made from Oystersteel, this watch features a two-colour monobloc Cerachrom bezel insert in green and black ceramic – a colour pairing never before seen on the model.

Like all Rolex watches, the GMT-Master II is covered by the Superlative Chronometer certification. This designation testifies that every watch leaving the brand’s workshops has successfully undergone a series of tests conducted by Rolex in its own laboratories, according to its own criteria. The Superlative Chronometer status is symbolized by the green seal that comes with every Rolex watch and is coupled with an international five-year guarantee. 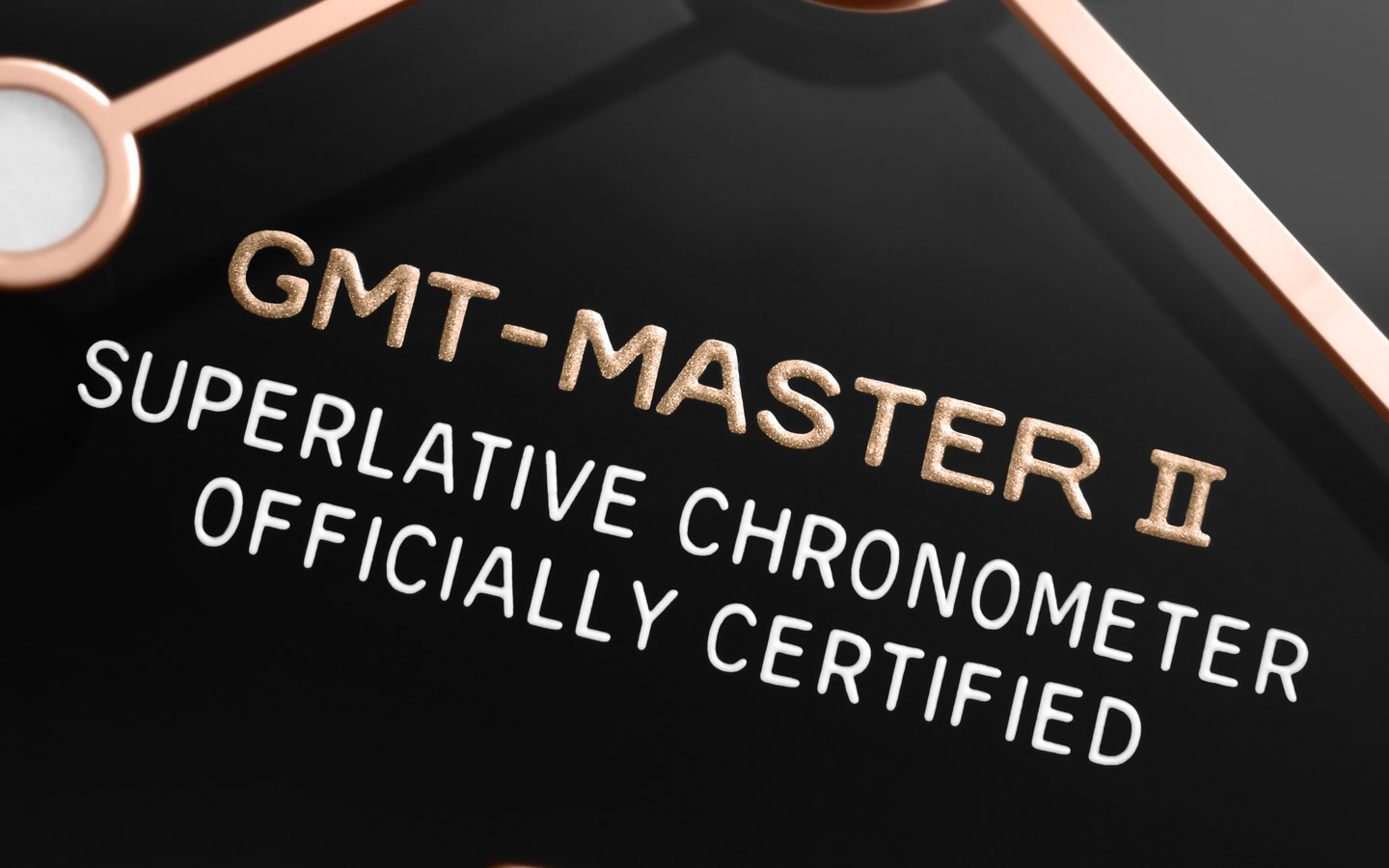 VISIT US TO DISCOVER FIRST-HAND THE GMT-MASTER II

As an Official Rolex Retailer, we are the only retailers allowed to sell Rolex watches. With the necessary skills and technical know-how, we will help you make the choice that will last a lifetime. 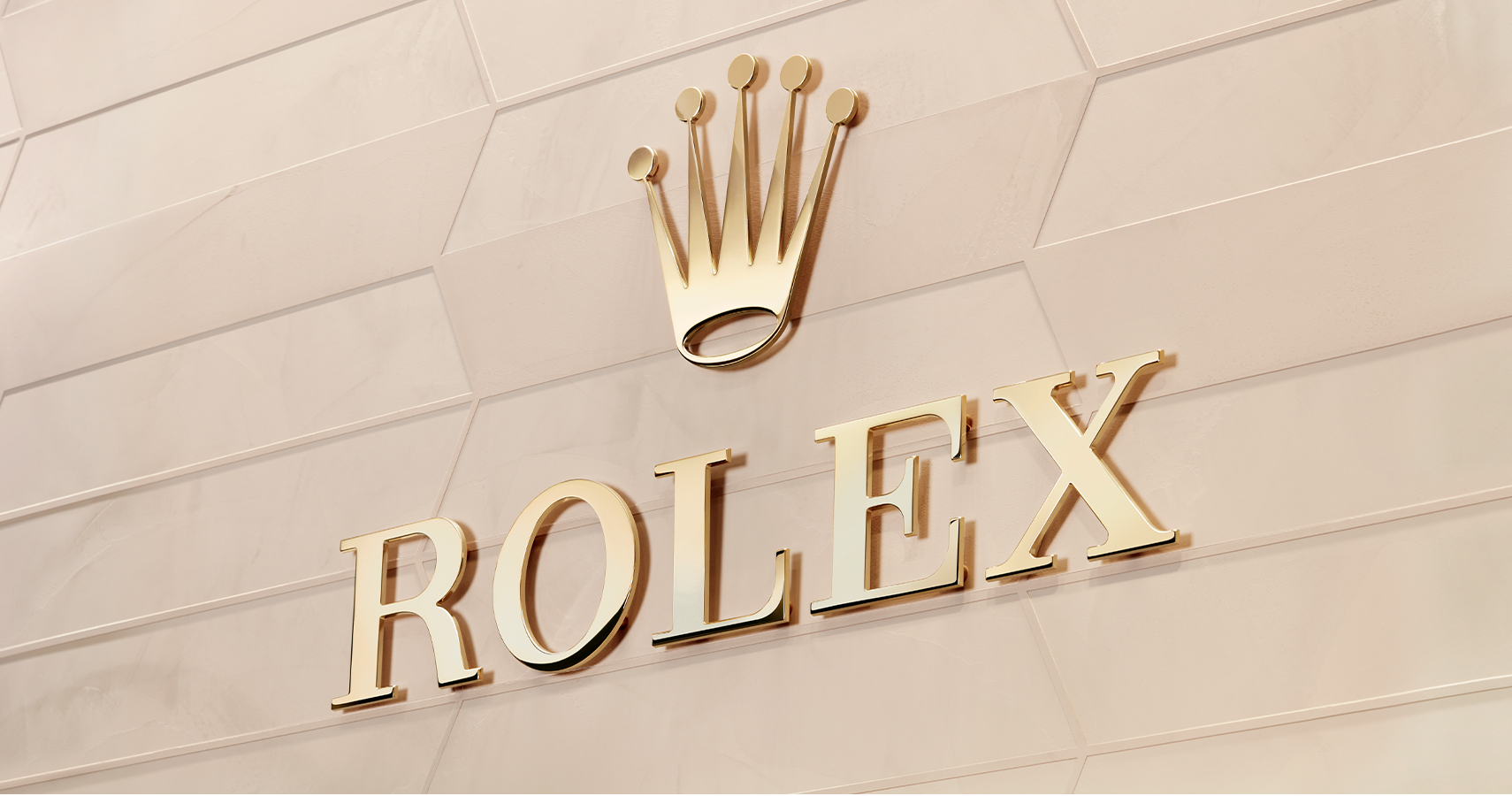